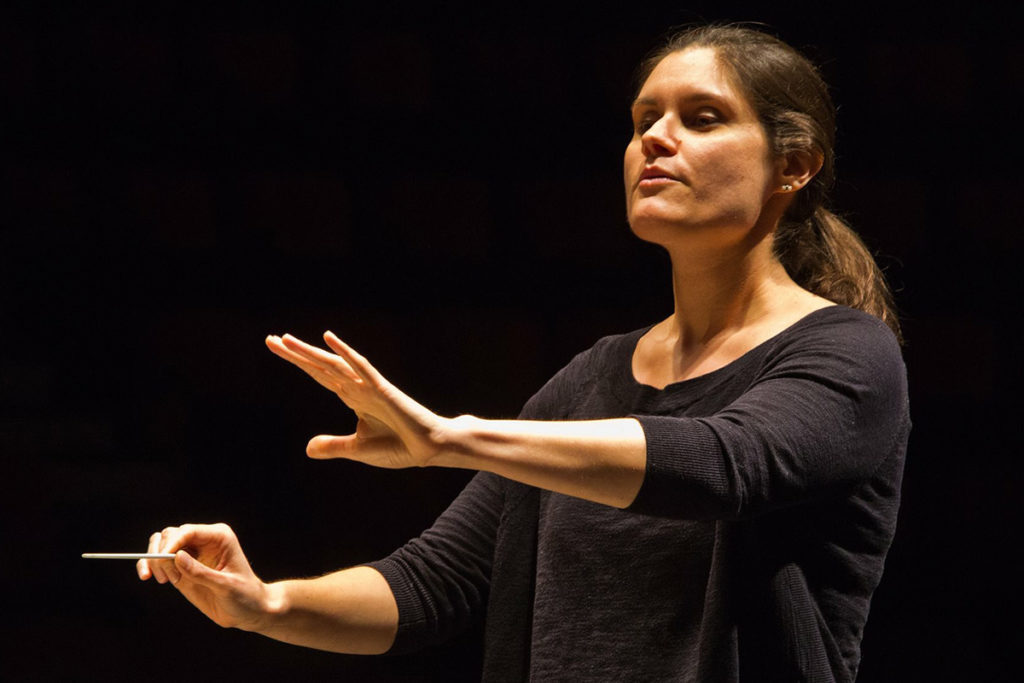 Praised for her passionate performances and dynamic presence, Bulgarian-born conductor and violinist Delyana Lazarova is a young artist with a quickly growing international career. Ms. Lazarova is the First Prize winner of the NRTA Conducing Competition in Tirana in 2019. She has received the James Conlon Conducting Prize at the prestigious Aspen Music Festival in 2019, and has been twice the recipient of the Bruno Walter Conducting Scholarship for the Cabrillo Festival, California in 2017 and 2018.

Recently she has been awarded the Special Commendation at the Beethoven Conducting Competition in England, performing with London Classical Soloists, and has been chosen as a conducting fellow at the Colorado Mahler Fest for 2018.

Delyana has worked and studied in masterclasses with such artists as Bernard Haitink, Paavo Järvi, Renee Fleming, Leonard Slatkin, Mathias Pintscher, Peter Summers (Houston Grand Opera), Larry Rachleff, and Cristian Mâcelaru (WDR Orchestra, Köln). At the moment Delyana is pursuing a Masters degree in Orchestral Conducting at the Zürcher Hochschule der Kunste, in the class of Johannes Schlaefli. In addition to that, Ms. Lazarova holds a Bachelors and Masters degrees in Violin Performance from Indiana University, USA, where she received a special scholarship for artistic excellence.

Delyana’s future engagements in 2020/2021 season include concerts with the Hungarian National Radio Symphony Orchestra, Albanian Radio Television Symphony Orchestra, Il Solisti Aquilani Orchestra in Italy, Bergen Philharmonic Orchestra, and Manila Symphony in the Philippines. Through the conducting program of ZHdK, Ms. Lazarova will make her opera debut in a production of Carmen, with the Meiningen State Opera in Germany and will conduct in concerts the Izmir Symphony Orchestra in Turkey, Janacek Philharmonia Ostrava, and the St. Christofer Chamber Orchestra in Lithuania. Delyana will be returning as a conducting fellow for the prestigious Aspen Music Festival, in the summer of 2020.