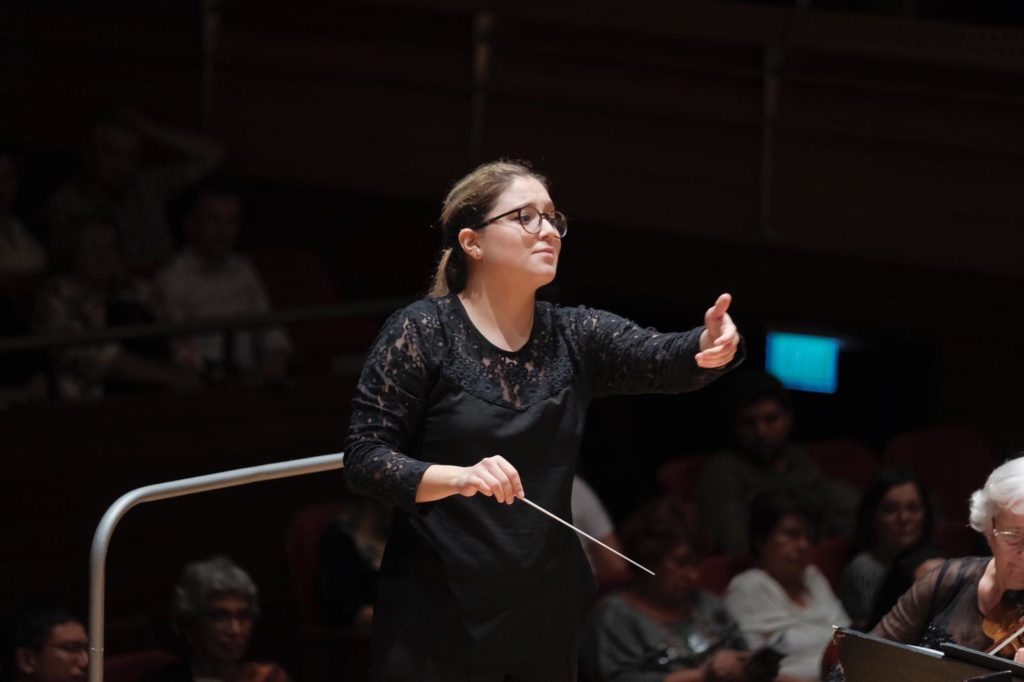 Ana María Patiño-Osorio, from Colombia, has been a conducting fellow of the prestigious Deutscher Musikrat Dirigentenforum in Germany since 2019. In 2012, the EAFIT University of Medellin awarded her a scholarship to enter the class of Alejandro Posada-Gómez. Ana María Patiño-Osorio has conducted operas such as Die Zauberflöte and Carmen in Colombia and Brazil. She has conducted the EAFIT Symphony Orchestra, the Medellin Philharmonic Orchestra and the Iberacademy Orchestra. During her studies, she worked with orchestras such as Filharmonie Hradec Králové, Mannheim Kammerorchester and Sofia Sinfonietta. She has also participated in the masterclasses of Catherine Larssen, James Lowe, Larry Rachleff, Zsolt Nagy, Matthisas Pinstcher and Bernard Haitink at the Lucerne Festival. Ana María Patiño-Osorio is currently finishing her master’s degree with Johannes Schlaefli at Zürcher Hochschule der Kunste (ZHdK).